Screaming Steel at the Hatton

2014 saw us installing the ‘Screaming Steel- Art, War and Trauma’ exhibition at the Hatton Gallery which was a powerful show full of many amazing works and objects.

“An exhibition examining the response of artists and writers to the horrors suffered by soldiers in the First World War has opened at the Hatton Gallery in Newcastle upon Tyne.
Screaming Steel: Art, War and Trauma (1914-18) looks at how industrialised conflict resulted in some of the most important British art and literature of the 20th century, producing figures such as Paul Nash, Siegfried Sassoon and Wilfred Owen.
It features loans from major London collections including the British Museum, Imperial War Museum, National Portrait Gallery and Tate.
Curator Amy Barker says: “The central focus is the emotional damage inflicted by the experiences of soldiers serving in France from 1914-1918. The use of creative media to capture this trauma; to attempt to recreate and communicate incomprehensible experiences, forms the narrative of the show”.
A significant loan from the British Library includes the original draft of the poem ‘Anthem for Doomed Youth,’ written by Wilfred Owen at Craiglockhart in Edinburgh, where he was treated for shellshock in 1917.
Accompanying it are notes by Siegfried Sassoon, the disillusioned war hero and poet who inspired and encouraged Owen during their time together at Craiglockhart.
Sassoon’s journal is also displayed, including a fair copy of his declaration against the war and notes on his political views. It was this declaration, read in the House of Commons in 1917, that led to him being sent to Craiglockhart.
Rupert Brooke
A particularly poignant item is a small number of olive leaves taken by the burial party from the tree under which the poet, Rupert Brooke, was laid to rest on the Greek island of Skyros.
Brooke, famed for his words, ‘If I should die, think only this of me: That there’s some corner of a foreign field That is for ever England’  died of septicaemia from an infected mosquito bite while on his way to Gallipoli in April 1915.
The exhibition also includes a series of lithographs by Paul Nash, prints by CRW Nevinson, paintings by George Grosz and William Orpen and two prints from the Otto Dix series ‘Der Krieg’.” 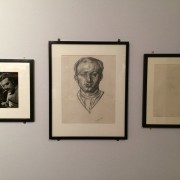 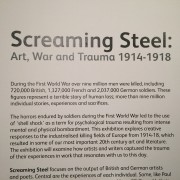 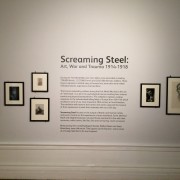 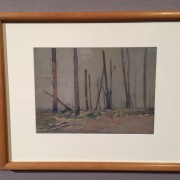 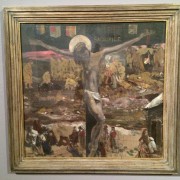 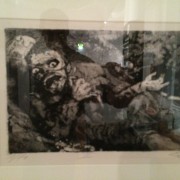 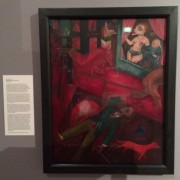 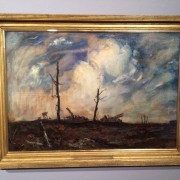 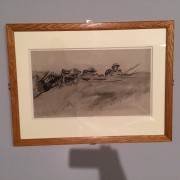 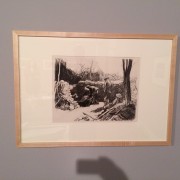 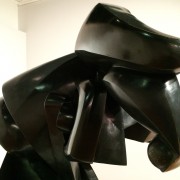 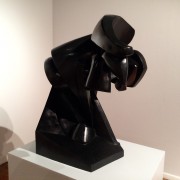 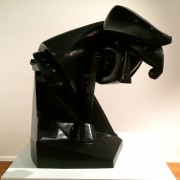 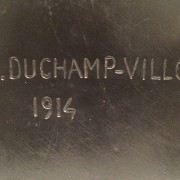 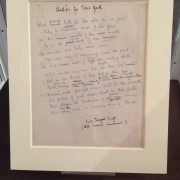